10th Kingdom Wiki
Register
Don't have an account?
Sign In
Advertisement
in: Events, Article stubs, Crisis in the Nine Kingdoms

Edit
watch 01:36
We're Getting Mutants in the MCU - The Loop
Do you like this video?
Play Sound 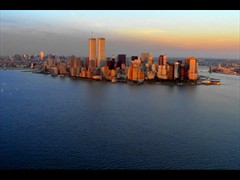 Crisis in the Nine Kingdoms which helped change the history.

The Home of Virginia, Tony, and Christine Lewis and their family. After a mental collapse Christine Lewis fled from her family and was called upon the Swamp Witch and taken to the Nine Kingdoms as her successor, scarring Virginia emotionally and placing her relationship with her father in a bind.

Prince Wendell was changed into a dog by his step mother (the evil queen) while visiting the fourth kingdom. Once changed, Wendell ran away into the unknown prison. While hiding from the Evil Queen, the Trolls, and Wolf; Wendell found something odd, a mirror displaying somewhere new. Hearing the trolls and wolf nearing, he jumped. While riding her bike to work, Virginia slams into him, wrecking her bike and bumping her head. After leaving the scene, Virginia realizes she's lost her wallet, which had been picked up by the trolls. She contemplates going back but realizes it's not safe and continues for the restaurant

Virginia is a waitress at the restaurant Grill on the Green. Carrying her broken bike as the dog follows, she is greeted by another waitress who covered for Virginia. The waitress sees Virginia's head and notices the dog, the quickly named him Prince. Having a job to do, Virginia locks him in a storage room. While attempting to do her job, she hears Wendell barking and goes to hush him. As she walks in, she sees DANGER written in flour that has now been dumped on the floor. Seeing she is the only one with keys to the locked storage room, she finds Wendell has been the culprit. Through commands and barks, Virginia senses Wendell can understand her. She decided to leave and go home, Wendell trailing behind. Meanwhile Wolf is seducing a waitress to find where Prince has gone. After being shown the storage room and the word DANGER written in flour on the floor, Wolf flirts his way into Virginia address.

Virginia and the Trolls[]

Once inside her apartment building, Virginia sees all her neighbors asleep. As she approaches her shared apartment with her father, she sees the door is cracked. Upon checking inside, she finds her father heavly sleeping in the chair. Hearing strange voices, Virginia quietly moved through the apartment. After seeing a troll in her room playing with her shoes, she is startled by another troll carrying more shoes. She is cornered and interrogated about the dog. Tricking the trolls into believing he's just outside, she locks them in the elevator. Knowing Tony would be safe since they only wanted Prince, she leaves the building.

Finding he has strong feelings for Virginia, wolf decides to get help. He sees a therapist and explains he has found love.

After Tony's wishes are granted, he finds himself being attested for stealing money (he wishes for a million dollars). After attempting to state his innocence, and bribing the police, he gets laughed at. He wishes for a way to escape and finds himself in a car accident. Still cuffed, he runs towards to park trees in hopes to be free. Running into Virginia, he swears he is innocent.

Return to the Nine[]

Community content is available under CC-BY-SA unless otherwise noted.
Advertisement